The first chapter of the Book of Ruth ends with the story of Naomi’s return from Moab to Bethlehem with her Moabite daughter-in-law, Ruth: “So Naomi returned, and Ruth the Moabite, her daughter-in-law, returned with her out of the country of Moab: and they came to Bethlehem in the beginning of the barley harvest” (Ruth 1, 22). This verse describes a moment of contrast in the lives of the two women: Naomi is returning to her home after living as a foreigner in Moab, whereas Ruth is leaving her home in Moab and entering the land of Israel as a foreigner. This point in time, the departure-return of Naomi and Ruth, is a turning point in the biblical narrative. This transformational moment is similarly captured in Leor Grady’s body of works, as made evident in the exhibition “Bethlehem.”
The moment of departure-return involves abandonment and leave-taking, as well as homecoming. Grady has created a site-specific installation, whose different layers attend to the range of meanings that converge at this point in time. He attends to the history of the gallery space and his own ongoing dialogue with the concept of home, as well as to the conflicted, contemporary city of Bethlehem.

The floral Ottoman-style carpet characterizes the space as a domestic sphere, while underscoring the original Ottoman architecture of the gallery by echoing the vaulted arches in the ceiling. The cut carpet seems to enfold within it the building’s architectural essence, while appearing capable, like the other objects in the exhibition, to wander elsewhere – while always remaining an agent of this place. Set into the walls in the space between the two galleries are two objects reminiscent of mezuzahs, which underscore the dilemma of departure-return: in Jewish communities, the mezuzah is positioned at the entrance to the building. The double mezuzah underscores the uncertain character of this moment, which involves leaving one space and entering another.
The commandment to place a mezuzah at the threshold to the home is based on two sections of the Book of Deuteronomy, and is intended as a reminder of the belief in God. The Jewish sages of the Mishna and the Talmud, the Book of Zohar, and additional sources refer to the mezuzah’s power to protect the home. The Hebrew letters, which are embroidered on canvas with golden thread, are related to Ruth’s gracious answer to Naomi, who tried to convince Ruth to return to her mother’s home in Moab rather than entering the land of Israel as a poor, foreign widow: “For whither thou goest, I will go.” The embroidered letters resemble ancient talismans bearing letter combinations that form the names of God, which were ascribed magical, protective powers.
Grady’s personal connection to the motif of departure/return is revealed at the center of the room, where he has piled up furniture transported from his apartment to the gallery. These items served him during a sojourn in the United States, and he brought them back to Israel when he decided to return home. They represent, for the artist, the difficult and charged process of leaving one home and establishing a new one.
Grady alludes to the city of Bethlehem mentioned in the book of Ruth by means of a photograph of the city, which is projected onto the gallery’s sandstone wall. The private home, the biblical home, and the political home are thus intertwined, reminding us that we are all charged with attending to the house, its residents, and the moments of entering and leaving it. 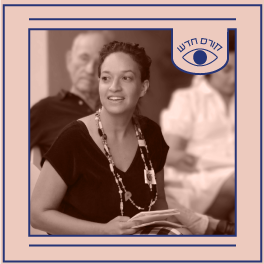 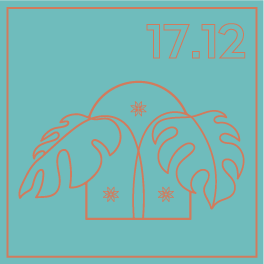 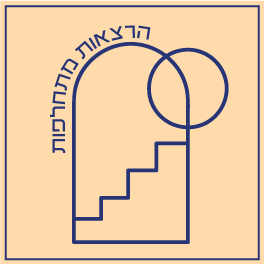 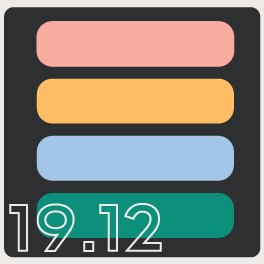 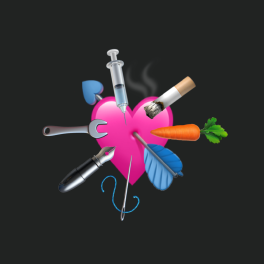